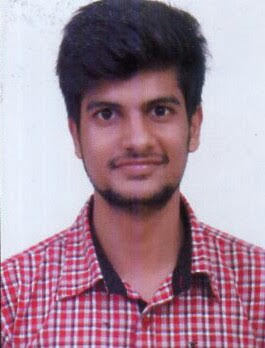 I was 6th in my panel. While I was discussing the changes made in Union Budget 2019, with my fellow interviewees, a student committee member called my name. I stood, recalling all the relevant facts which could help me in performing well in the interview.

I entered the hall after taking permission from the panel, wished them good morning, with a smiling face and then sat down.

There were two professors, both in their late forties. While one interviewer was having a look at my resume, the other was looking at me in a  pokerfaced manner.

Since I do not remember which question was asked by whom, I will refer the panel as P and myself as A

P-  Animesh, tell us something about yourself.

A- My name is Animesh Jain. I am from Mandsaur district in MP. I did my graduation i.e. BBA. , in e-commerce from Institute of Management studies, DAVV, Indore. After graduation, I’ve worked as a sales personnel for six months in Vicky Electronics, Indore.

P-Animesh, where is Mandsaur located? What is the main occupation of people there?

A- Sir, Mandsaur is located in north-western part of MP. The main occupation of people there is commodity trading.

( Both the profs nodding)

P-How did you reach here? Where are you staying here in Nagpur?

A- I reached here by bus am I am staying here at my relatives’ place.

P- OK. You worked in an electronics shop….

P- What is the nature of the shop?

P- Animesh, you were an e-commerce graduate?

P- What are the advantages and disadvantages of e-commerce?

A- Sir, according to me, the primary advantage of e-commerce is convenience to users. Apart from convenience, it is an opportunity to those vendors, who cannot afford the fixed cost of setting up brick and mortar stores. These vendors have an offering, but they do not have any platform to sell their offering. So, for them e-commerce is benign.

( Both the profs satisfied)

A-Sir, aggressive discounting has rendered our MSME sector and local shops helpless. Plus, there is a security problem like theft of credit card data and passwords.

P-The government of India has launched a new policy concerning e-commerce, What is it?

( In my mind, I was dancing, because I had prepared for this answer quite well)

A- The draft e-commerce policy was launched by government of India on 1st feb 2019. It lays down certain provisions for the operation of e-commerce companies in India.

Firstly, under this policy, the major e-commerce  players won’t be allowed to directly  or indirectly give high discounts. Secondly, e-commerce players there is an equity participation by the marketplace entity cannot sell their products on platforms run by marketplaces.

(One panelist smiling at my response)

P- According to you who will be benifitted from this policy?

A- As per my view, the offine retailers will be primarily benefitted from this policy. Because it was the local retailers  who were unable to match the prices offered by e-tailers.

P- What do you think about consumer behavior in India?

A- Sir, consumers in India are very price conscious. The best example is that of I phones. The sales of I phones have been on a lower side in the last two years. The basic nature of people here is, they want good quality, but at low prices.

( Both looking at me puzzled)

P- If what you are saying is true, then what was the reason of failure of nano cars in India?

A- Sir, nano car was a different case. Nano in India failed because the person buying nano did not want to have a feeling that he is unable to afford a car which costs more than 3-4 lacs.

The middle class surely wants to own a car of good quality, without paying appropriate price for it.

P- If the nano concept applies to middle class, why are you generalizing this price conscious behavior?

( One of the professor asked me in a concerned manner)

At this point of time, I felt that it is not going in the right direction.

A- Yes sir, I was wrong that time ( looking at that panelist apologetically). This concept applies to middle class consumer and also a particular age group of 18-25 years. (I said adding a point so that he does not raise a concern again)

A- Sir, this age group mainly comprises of students, who receive monthly allowances. Hence, they have to be diligent in their spending. I did a survey during my graduation on online food ordering and delivering. On that basis, I can tell that this age group is more price conscious.

P- What was this survey all about?( one of the prof asking with a serious look)

A- Online food delivery platforms like Zomato, uber eats, etc have been giving high discounts for some time now. So, basically this survey was to know whether such kind of marketing tactics work or not.

P-What was the main questions in your questionnaire through which you got this conclusion?

A-We asked the age group from the sample audience and then we asked their preference i.e. if they are at home alone, what would they prefer- ordering online, or going to the restaurant?

P-Why did the question only have two responses? What would the person like me enter who is capable of making khichdi at home? ( He looked at me, with an appalled expression)

A-  Sir, our survey did not have any option like this.

P- Then I must say that your conclusions derived from the survey were faulty.

Another Prof- Yes, I remember, I was saying a point. Indore is the food capital.

A- Yes sir, the food in Indore is amazing. I also like exploring new cafes and new dishes in Indore.( I said emphasizing my interests)

P- What kind of dishes have you explored in Indore?

A- Dishes like Cheese paanipuri shots, in which puri is filled with cheese is one of its kind. Apart from this, there are maggi balls, in which maggi is reformed into kababs. Given a chance, I would love to start ay own food venture.

A- I would sell burgers, in different types of sauces and tikkis.

P- Animesh, where do you see yourself, five years down the line.

A- Sir, after five years, I see myself as a manager in an e-commerce company and finally, I would like to be an entrepreneur selling different kinds of dishes online.

P- If you were ultimately interested in e-commerce company, why did you work in an organization that works offline?

A- Sir, I wanted to have product knowledge and also practical knowledge of handling sales.

A- Yes sir, I have played football for my school team. I also closely follow International Cricket.

You may leave now.